but the west was shadow ridden and forlorn, dismally bleak and dry
a desolate landscape blighted by greyness within a warped quagmire
of slimy bog and smelly sludge, relentlessly encroaching forward

the microcosm of a world fuelled by mindless ideology

Todays prompt form http://www.napowrimo.net
The Irish poet Ciaran Carson increasingly writes using very long lines. Carson has stated that his lines are (partly) based on the seventeen syllables of the haiku, and that he strives to achieve the clarity of the haiku in each line. So today’s challenge is to write a poem with very long lines.
I have taken on board the seventeen syllables and used that as a starting point.

and the strangling death of Mother Earth 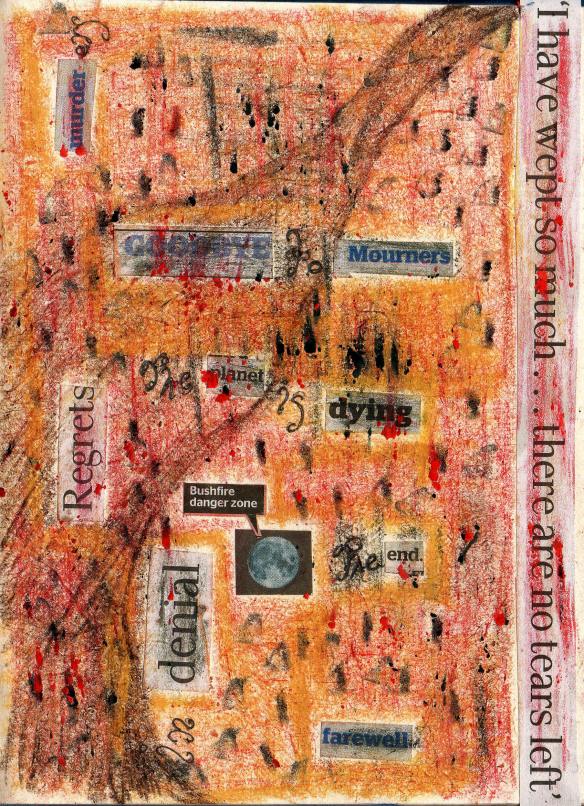 all await the moon and the cool relief of darkness

all await a new day

The shimmering horizon hung expectantly,
Draped elegantly between primeval trees,
A kaleidoscope of colours dancing,
When a deafening noise erupted,
Ploughing through a pristine landscape.

And the people watched on.

Eager for progress and reward,
Forgetful of their custodial obligation,
And the future eager generations.

Now looking back in despair. 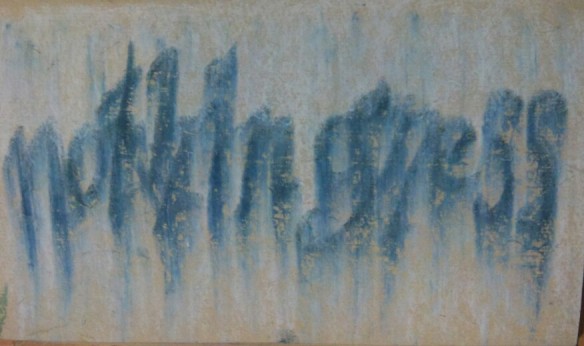